The Environmental Working Group’s Shopper’s Guide to Pesticides in Produce™ is out for 2019 and it tells a tale of increased pesticide use on conventionally grown US produce. The list includes some of the healthiest foods we could be eating. But if you’re eating the conventionally grown versions on on the ‘dirty dozen’ foods list, instead of being healthy, they are downright toxic.

Other facts revealed in the report include new findings that up to 70% of all conventionally grown produce contains pesticide residues. In many of these fruits and vegetables, several different types of pesticide, insecticide and fungicide residues are present. With so many different types of toxins present in the fresh produce, the concept of removing them by washing comes immediately to mind. Unfortunately, no amount of washing can actually accomplish the objective, as we’ll explore in a moment. First, let’s review the most critical data in the new report. But the word ‘residue’ may be giving all the wrong intuitive signals.

Strawberries have been at the top of EWG’s Dirty Dozen foods list for a while now, and there’s no sign of them leaving any time soon.  Sadly, they are still being produced using so many chemicals they are a veritable toxic soup rather than a berry when you buy  conventional varieties.

There are some very complicated issues surrounding strawberry production, including the story that organic farmers are ‘allowed’ to grow organic strawberries starting with fumigated starts if no organic starts are available. While we don’t have any new insights on all these complex matters, we have read the story of one strawberry farmer that definitely got our attention.

This conventional strawberry grower made the switch to organic, and says it was the best decision he ever made.

If the farmers and workers are being poisoned by growing conventional strawberries, the berries can’t be good for the people who eat them. This is another reason farmworker health should be important to everyone in society. The toxins used to grow food in modern agriculture don’t just kill farm workers. The same toxins pollute waterways we depend on for clean drinking water, kill wildlife and endanger the people who eat the toxic foods produced.

A new study of California’s toxic farming practices brings this point home. And toxic strawberries are just one part of the problem. 88% of the strawberry crop of the US is grown in California.

Spinach This Superfood Made into a Super Toxin

Spinach is at the top of the charts for nutrition and vitamins we need for great health – so loaded with minerals and goodness and so low calorie we can eat gobs of it and stay fit and lean. It is criminal that conventional US spinach is a straight-up health hazard. 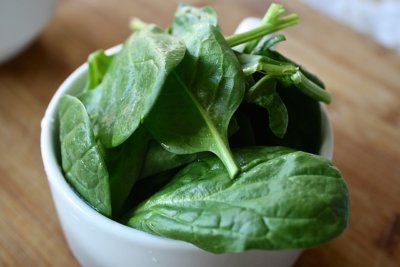 Even more distressing, 76% of all conventionally grown spinach samples contained Permethrin, a neurotoxin that is banned in the EU, causes tremors and seizures in high exposures and has been linked to neurological effects in children including double the rate of ADHD diagnosis.

DDT, a pesticide banned in the US since the 1970’s, and much more toxic to humans, was found in lower concentrations (than other pesticides) on 40% of the spinach samples. The DDT and its breakdown residues are picked up by spinach in soils where it was used more than 40 years ago.

Conventional Kale a Toxic Tale No One Was Telling 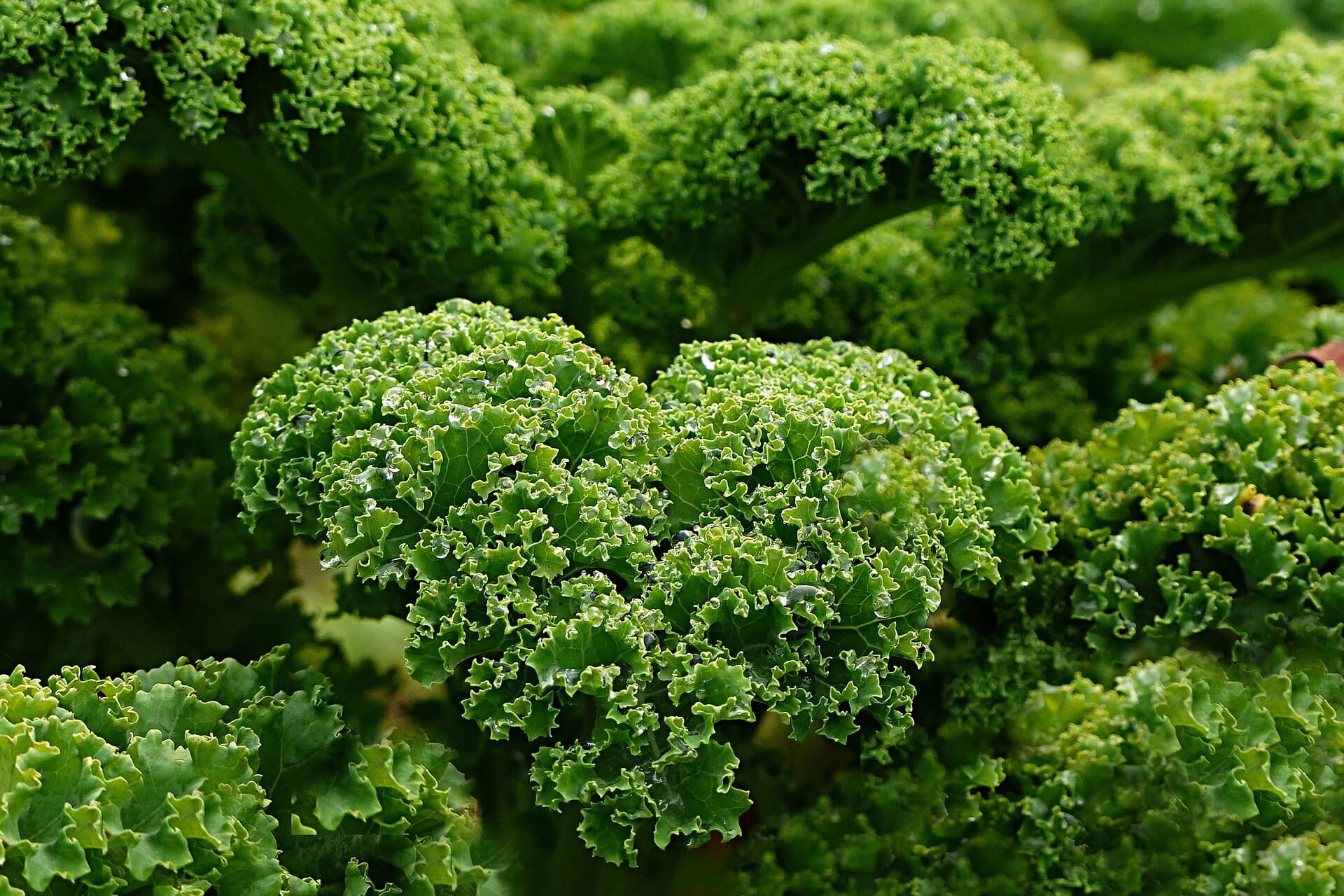 Kale has made a big splash, returning to the top (number 3) of the Dirty Dozen Foods list after a nine year absence – but that nine years was not because kale should not have been at the top of the list.

Instead, as the EWG report states, the USDA did NO TESTING on kale between 2009 and 2016. and so, although kale was steadily growing in popularity, there is no data for the years 2009 to 2016.

Considering that 92% of conventionally grown kale samples tested by the USDA had 2 or more pesticide residues, and some as many as 18, this is bad news. For one thing, it means the Dirty Dozen Foods List has been missing critical data for the last nine years. And of course, by default that means the rest of us have been missing it, too.

And there’s more unhappy news about kale. 60% of the USDA tested samples contained residues of DACTHAL, and these numbers remained at 25% in more recent EWG commissioned testing. DACTHAL was banned from use on food crops in the EU in 2009 and has been identified as a probable human carcinogen by the EPA.

So conventional kale has been a clear source of serious toxicity for at least the last three years (2016 to the present) in the United States, and data to show how toxic it might have been for the years 2009 to 2015 are missing, because there was no testing.

With that in mind, we might want to ask other questions we had not though of , like “What else have we not tested that we might want to know about?”  It’s a good thing the EWG is out there doing the analysis, but we also need to remember that this data mostly comes from USDA sampling and testing.

EWG’s summary of key points from their 2019 research analysis:

Toxicity and High Risk – What Pesticides Do to Children

Research in Seattle in 2005 demonstrated that children eating conventional produce were excreting two known neurotoxic pesticides in parts per billion in their urine. When the researchers gave the same children organic food, their contamination levels showed a significant decrease.

EWG, in their report notes that

“The main route of pesticide exposure for most Americans who do not live or work on or near farms is through their diet,” said EWG Research Analyst Carla Burns. “Studies have shown that eating fruits and vegetables free of pesticides benefits health, and this is especially important for pregnant women and children.”

Since 2012, the American Academy of Pediatricians Council on Environmental Health has emphasized that children’s exposure to pesticides should be as limited as possible, because pesticide exposure during pregnancy and early childhood increases the risk of brain tumors, leukemia, neurodevelopmental defects and other adverse birth outcomes.

There is no question that with numbers like these and data from the American Academy of Pediatrics, it is clear that US children, and pregnant and nursing mothers deserve access to clean organic produce.

Certainly, the question of cost in a nation of extreme economic inequality is a real consideration. However, eating organic produce, especially for pregnant and nursing mothers and young children should be a national priority.

When we consider the practices of the traditional peoples of the world, one of the most consistent practices people should observe is the special care and feeding priorities for the very young and the pregnant and nursing mothers of the community.

In light of the EWG’s latest report on the toxic condition of our ‘conventionally grown’ produce, and the epidemic proportions of the health crisis of our children and general public, it might serve us to become more adamant about protecting the quality of our food.

For now, the EWG has given us the data to know what we most definitely do not want to eat. As per their latest Dirty Dozen Foods list:

For their clean 15, they have identified the conventional crops with the least pesticide residues. And, the majority of crops on this list test up to 70% no pesticide residues found. That’s not 100% but it’s a start.

You can find the full EWG 2019 Shopper’s Guide Report Here.

How To Afford Organic

What do you do about the cost of organic?

We cannot say we hold with the EWG’s recommendation to eat the dirty foods if that’s all you can afford. We understand they want to promote healthy food choices, but pesticides are not healthy choices.  Of course, we should avoid processed foods which are full of chemicals. Beware of the idea that we are limited entirely by what the local supermarket or bargain grocer is offering. That is an idea whose time is over. We can make different choices, and we will and do when food becomes more important to us. The Dirty Dozen Foods List and the toxic nature of conventional food in this country is making that happen for us.

We say change the way you do food and eat as clean as you can, always.

Making healthy, local and sustainable food a priority means there is more of it for everyone in the local community. It also means each year our skills increase, our yields increase and our costs go down. We can save seed, improve the soil and improve our nutrition. ,

It also means each year we become more able to share the bounty. By shopping local farmers and CSAs we keep local dollars local. This is the time we support and help our friends and neighbors instead of the big food conglomerates.

Grow a garden. Support local youth gardening projects and teach young people how to grow their own food. That’s how you can afford to eat the best food there is in the world. It’s also how you change the world so everyone has enough good healthy food to eat. 🙂

We’d love to hear how you are finding ways to eat organic, local and healthy for a sustainable food future!